Borrowed from Ignition Deck:  Thanks!

As crowdfunding makes gains in popularity, the battle for page views and pledges has become increasingly competitive, especially on portal sites that feature thousands of live projects at once. If you’re depending on a Kickstarter feature to kickstart your campaign, then you could be in trouble.

So how do you ensure that you’ve optimized your campaign for success? We’ve taken a look at a number of recently funded projects in order to identify some of the techniques, strategies, and crowdfunding secrets that will give you the best chance of meeting your goals.

1. Prepare Your Face Off

You can use crowdfunding to help validate ideas before they are fully realized, but if your campaign comes across as half-baked then your audience isn’t going to invest. “People don’t want to back a campaign that’s not going to work,” says writer and entrepreneur Seth Godin on his crowdfunding experiences, and you can’t use crowdfunding as a shortcut to avoid properly fleshing out your ideas.

You don’t need a blanket presence on social media, though the wider your reach the better. Pick the networks that best match your marketing and content strategies and where your potential supporters are most likely to be found. Don’t forget to customize your promotion to suit each platform too: indie band Bigtree Bonsai raised $6,956 (almost double their target) via IgnitionDeck after spreading the word with a #letsmakearecord hashtag.

Video clips give visitors a better idea of your project — they can see you or your product in action rather than clicking through a series of static images. They are also labor-intensive, so don’t attempt to put together a clip if you don’t have the time, resources and expertise required. An amateur-looking video isn’t going to convince anyone to get involved, and at worst, could damage your campaign’s credibility.

It’s usually well worth paying for help to make your video pitch the best it can be because of the investment it will attract. Seth Godin again, on the campaign he ran that reached its goal in three hours: “There’s something about the medium that makes the video even more important than you’d think.”

You’ve no doubt seen some of the most popular crowdfunding projects covered in the press, but this won’t happen if you don’t have a solid website and some press materials that journalists can download. Even if you’re a one-man show, don’t rely on your Facebook page to do it all. If journalists can’t find more information about your project and some high-resolution pictures to illustrate their features, they may choose to promote a different project instead.

If you have grander plans, think press releases and even tours: the Star Citizen video game raised over $14 million through IgnitionDeck’s WordPress plugin, and the campaign included a press tour before the crowdfunding element was even launched.

Tell your story and share your enthusiasm for your project, and people will naturally want to add their support. Remember that your supporters are giving you money with the expectation of getting something back: they want to receive a return on their investment, whether it’s a physical product or an emergency relief operation that swings into action. Consider how well the IgnitionDeck-powered campaign for The Public Domain Review worked — it shows the benefits and value of the publication up front, so backers know what it is they’re supporting. What’s more, supporters could pledge as little or as much as they liked.

6. Build Interest Before You Close

Even before you launch a crowdfunding campaign, you can drum up interest in your project or your business. With a solid fanbase in place, your campaign will get off to a good start. For example, Adam Baker leveraged the active following on his Man Vs. Debt blog to help his I’m Fine, Thanks documentary reach its goal with over 4,000 backers. If you don’t already have a community to tap into, try and get the attention of a handful of influential figures who might be interested in your project.

Whether it’s good news or bad, keep your backers and potential backers in the loop. Post regular updates on your crowdfunding page, and keep the process going after the campaign has ended: “The real work begins after the campaigns to ensure everyone gets what they pledged,” says Piwik’s Matthieu Aubry, who successfully funded a new feature through IgnitionDeck.

Introduce your team to let your supporters meet the people behind your project regardless of whether you’re an established company or an up-and-coming startup. Consider the humor and personality in the crowdfunding campaign A House For Lions ran to fund their debut album using IgnitionDeck. Rewards included surfing lessons from the band and input on the track listing.

9. Appeal to Your Existing Fans

The campaign that earned the Veronica Mars sitcom a shot at the big screen paid particular attention to the show’s existing fans. The campaign didn’t do a great deal to draw in new interest, but was very clever about appealing to people who had already formed an attachment to Veronica Mars. Consider the fans and supporters that you already have, making your project goals and rewards something that these people are going to be ready to identify with.

10. Appeal to Everyone Else

You can create a campaign that has broad appeal at the same time as paying special attention to your existing supporters. One of the best ways to do this is by creating a reward scheme with many different price points. Even if you can’t offer a physical reward for a $1 donation, you could still give these pledgers early access to your product or a credit within your software package, for example. The Back To The Roots AquaFarm raised $248,873 after setting a $100,000 goal, with rewards ranging from $1 (for behind-the-scenes updates) to $10,000 (for an educational seminar in your community).

There’s no way of guaranteeing crowdfunding success, but by studying the projects, strategies, and crowdfunding secrets that have worked for others, you can certainly maximize your chances. Like any other business venture, crowdfunding is an iterative process that starts long before the doors are opened, and long after the campaign has closed. 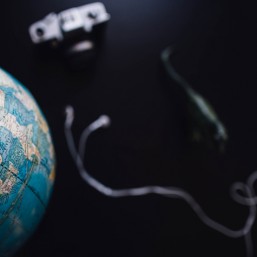 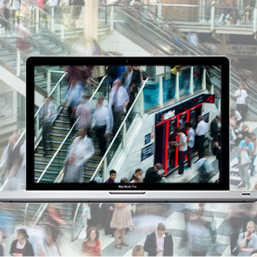 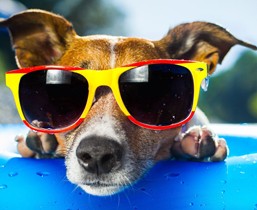 Thanks for contacting us!

We will get back to you within 24-business hours. If you need immediate assitance (no pun intended) please call us 212-929-99980. Our office hours are M-F 9AM – 6PM EST. Humans answer the phone. We promise. In the meantime, check out our latest news by reading Our Blog.